All Android Apps get up their updates, some might get updates very soon and some might get very rare updates. These updates can make up the new unique changes or just tweak up the existing app which you have installed before on your device. Have a look at the method to downgrade any app on your android.

Sometimes there could be a problem faced by the users in which they found up the apps not working correctly or find some errors after the upgrade and this is not impossible while the developers are not sure about the same working of the app on every device. Now, what if you have got your apps upgraded and then after using it again you find it not working correctly and got up some errors within, anything negative you get in your app you may then want to either remove up that app or just use it alike. But there is something that you people might not think about i.e downgrading the app as there is no such direct option for the same action in the Android. But apart from that, you can actually do that by some method, and here in this article, the method is well described. As some time it also happens to me that I don’t like the new user interface or sometimes additional functionality that the app developers added so I go for downgrading those apps. And also that was the only reason I researched for that and found the below way by which I can do that. Just read up the article for more information on that method.

For system apps, there can be the only option to downgrade the version of the app is updated by uninstalling app updates from the app preferences. For the third-party apps, you can go through the below process.

Steps To Downgrade the Android App if you Don’t like the Update:

1. First of all, open up the settings of the Android device and then from the options just turn off the Auto-Updating feature for the installed apps. After that, you should also check that the option for installing apps from unknown sources is also enabled as you will need that feature afterwards. 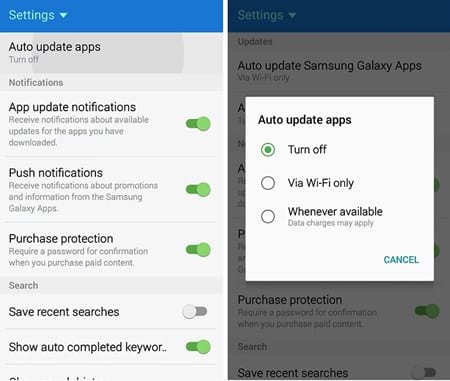 3. Now navigate to the folder on your file manager where you have downloaded the required version of that same app that you wanted (downgraded version). Now click on that apk file for that app and it should begin to install on your device. 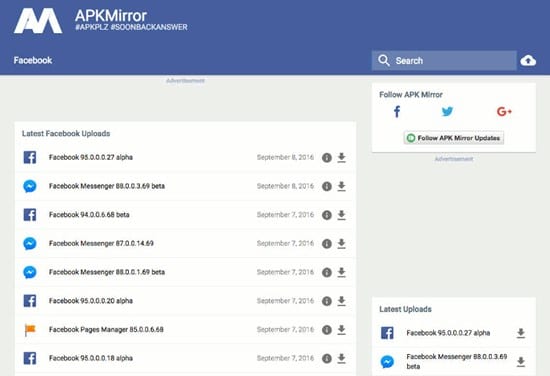 4. After the app is successfully installed with all permissions accepted you can now open up the same app from the icon that you can see in the dock of your Android. That’s too simple as you ‘re familiar with that!

5. The app that you will be launching will not be the updated version but will be the required downgraded version of the app. Just keep in mind that you should not enable the auto update apps features on your device as this will again update that app which you don’t want to be done.

And this was the easy method by which you can easily downgrade up any of the updated apps on your Android device, although this method is not directly applicable through the options or the settings of the Android still it isn’t much difficult than that. Just get up the whole idea about the method and then try it on your device, you can easily get rid of the problems faced by the upgrading of the apps as you will be uninstalling that updates and downgrade the apps to their previous versions. Hope you like the guide, do share it with others too.