The following article will provide the readers with information on how to update/upgrade Kali Linux system.

Privileged access to your Kali Linux System as root or via sudo command is required.

The first step is to set correct Kali Linux repositories. Make sure that your /etc/apt/sources.list file contains the following official Kali repositories:

WARNINGUse only official Kali Linux repositories. Any other listed 3rd-party and unofficial repositories within the /etc/apt/sources.list file may break or compromise your Kali Linux system.

To begin the update of your Kali Linux system first update the packages index list. Open up the terminal and enter:

Next, optionally, display all packages which are scheduled for update:

At this stage, we have an option to upgrade individual packages using apt install PACKAGE-NAME or upgrade all packages at once: 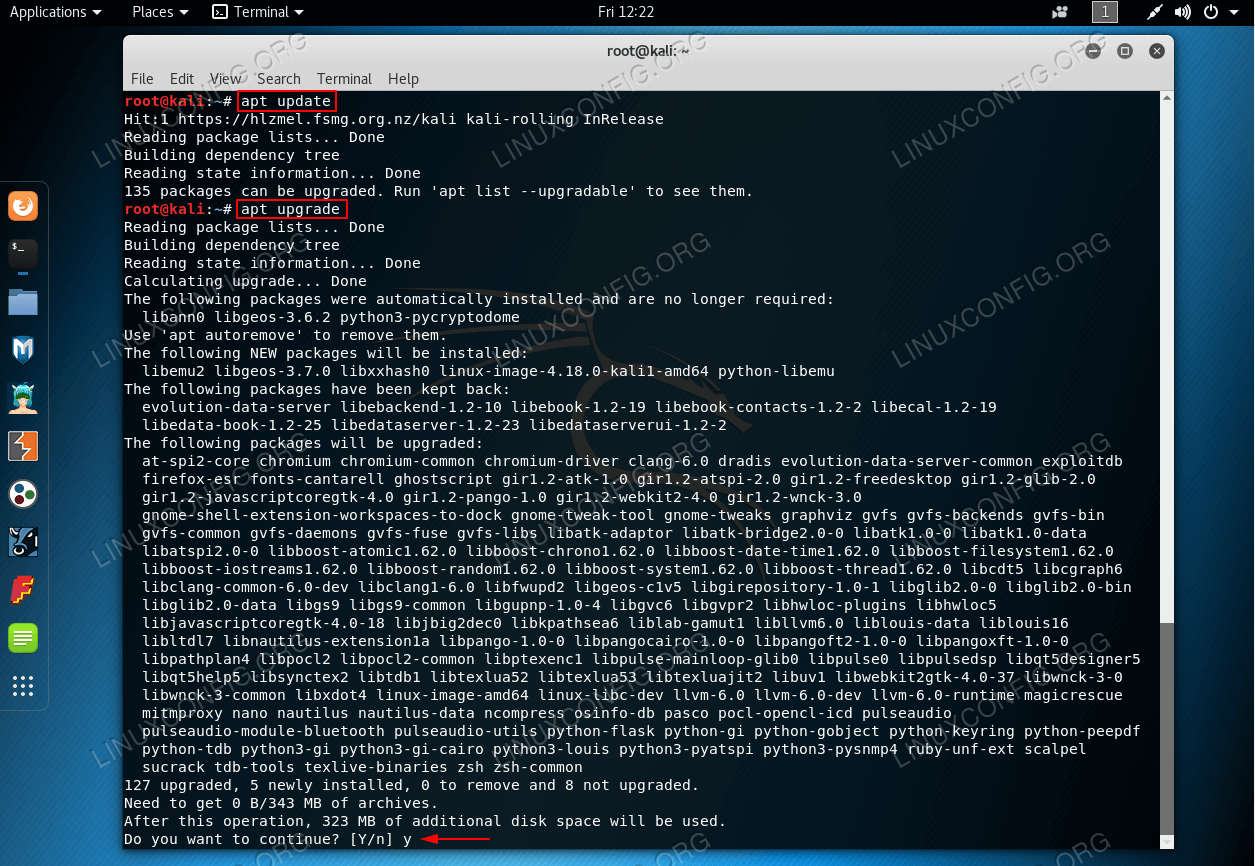 All done. Your Kali Linux system is now fully upgraded.

Due to package dependency changes some of the Kali Linux packages might be kept back.

If this is this case you will be notified by the apt upgrade Linux command at the end of the Kali Linux upgrade process. You may upgrade each kept back package individually using the apt install PACKAGE-NAME command or update all kept back packages at once: