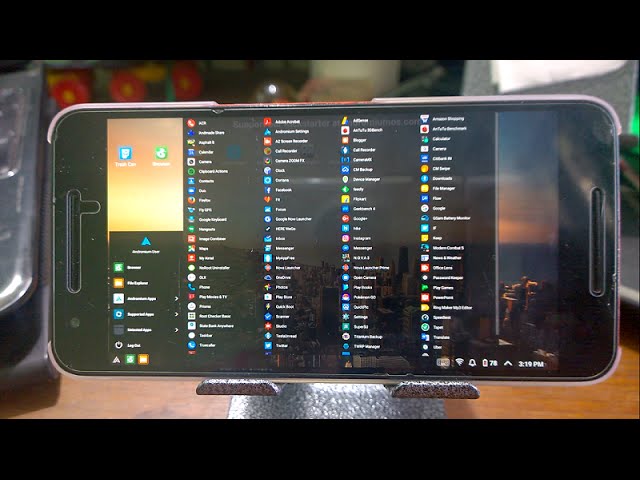 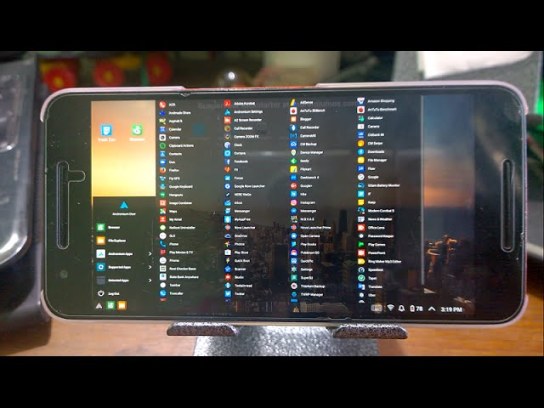 Have you ever thought to turn your Android device into a fully functional computer by attaching your device to TV/Monitor and keyboard and mouse? I guess many will say no! Actually, you can do it with the help of Andromium OS which is currently available in the form of free public beta.

Andromium OS is currently available in Limited-time free public beta. Andromium OS runs smoothly on Snapdragon 800 or better processor 2GB of RAM or 1080p external monitor. However, it requires the lollipop or later versions of Android to run. Let’s know how to use Andromium OS on a device.

How To Turn Your Android Device Into Full Functional Computer

Step 1. First of all, you need to download and install the app Andromium OS on your Android device.

Step 2. After you installed it on your device, you just need to grant “App Usage Access” simply click on “Ok” permit the app.

Step 4. Now, you will see the home screen on Andromium OS simply tap on “OK”

Step 5. Now on the Notification panel, you will see “Andromium OS is running” simply click on it and launch it.

That’s it! Now you can enjoy a full functional computer by attaching your device to TV/Monitor and keyboard and Mouse.

The multi-window Leena Launcher (beta) brings the desktop operating system experience to your android device by extending Android with a native desktop user interface. It is not really an “OS” by it own means, but it will make you feel like one.

Step 1. First of all, download and install Leena Desktop UI on your Android smartphone.

Step 2. Now once installed, open the app and you will see the screen like below. Here you need to Allow Leena Launcher to access photos, media, and files on your device.

Step 3. Now you will see the screen like below. You will get to see the complete desktop experience in your Android smartphone.

Step 4. Now in the very next step, you need to tap on Settings which is located on the top right corner of your screen. Here you can set everything as per your wish.

Step 5. Once done, you can open the app or files. Everything will open up in a multi-window mode.

That’s it! you are done. Leena Launcher is “just” an android app that seamlessly integrates into the Android ecosystem and allows us to use Android as a full-blown desktop operating system.

It is one of the best Android launcher app available on the Google Play Store that allows users to transform their smartphones into a computer. The great thing about Sentio Desktop is that it brings a whole new layer of desktop UI on top of Android. So, let’s check out how to use Sentio Desktop to turn your Android into a fully functional computer.

Step 1. First of all, download & install the Sentio Desktop app on your Android smartphone.

Step 2. Once done, open the app and you will see a screen like below. Here you need to tap on the ‘Begin Transformation’ button.

Step 4. Now you will see a full-fledged desktop interface on your mobile.

Step 5. Just Like the Windows Start menu, Sentio also has its own start menu from where you can launch apps.

Step 6. It also got the multi-window support. That means you can open apps in Window mode as well.

Step 7. Sentio desktop also got Quick settings which can be used to control the Flashlight, Hotspot, network, Sounds, etc.

That’s it, you are done! This is how you can use Sentio Desktop to turn your Android device into a fully functional computer.

So, this is all about How To Turn Your Android Device Into Full Functional Computer. I hope you like the post!