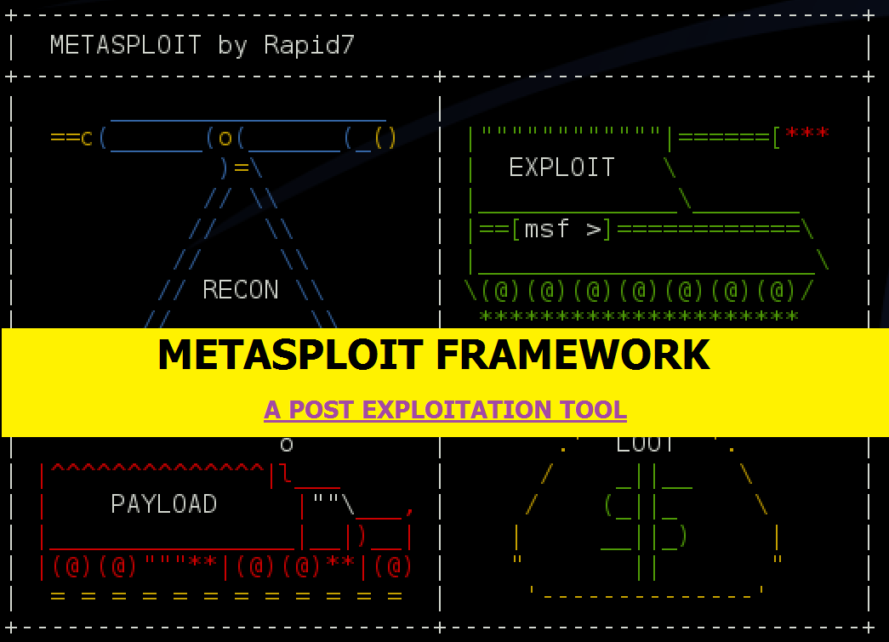 The Metasploit Project is a computer security project that provides information about security vulnerabilities and aids in penetration testing and IDS signature development. Metasploit is a tool which is used by penetration testers and security experts for post-exploitation.

With the help of this tool, you can hack any Windows/Linux Operating System, it has inbuilt payloads and exploits which you can also update by following command i.e. msfupdate.

There are several interfaces for Metasploit available. The most popular are maintained by Rapid7 and Strategic Cyber LLC.

Armitage is a graphical cyber attack management tool for the Metasploit Project that visualizes targets and recommends exploits. It is a free and open-source network security tool notable for its contributions to red team collaboration allowing for shared sessions, data, and communication through a single Metasploit instance.

Cobalt Strike is a collection of threat emulation tools provided by Strategic Cyber LLC to work with the Metasploit Framework. Cobalt Strike includes all features of Armitage and adds post-exploitation tools, in addition, to report generation features.

HOW TO USE METASPLOIT?

First of all, start the metasploit service

just type msfconsole in your terminal 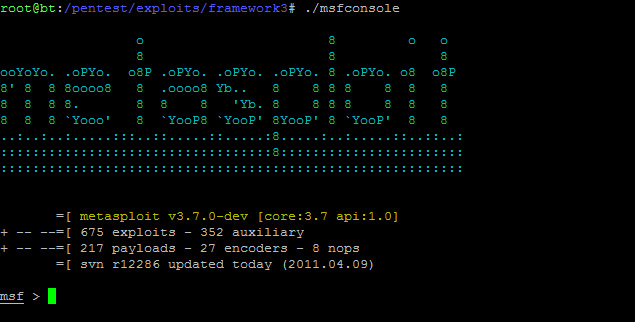 Msfconsole is the main interface to metasploit. There are GUI interfaces (armitage), and a web interface too (websploit). With msfconsole, you can launch exploits, create listeners, configure payloads etc.

Metasploit has lots of great documentation built in. Type help to get a basic list of commands, like if you want to check what commands you can use then just type help or ? <- question mark

Pick a vulnerability and use an exploit

Once you know what your remote hosts system is (nmap, lynix, maltego, wp-scan, etc) you can pick an exploit from Metasploit to test. rapid7 have an easy way to find exploits.

There is also a way to search within msfconsole for various exploits: