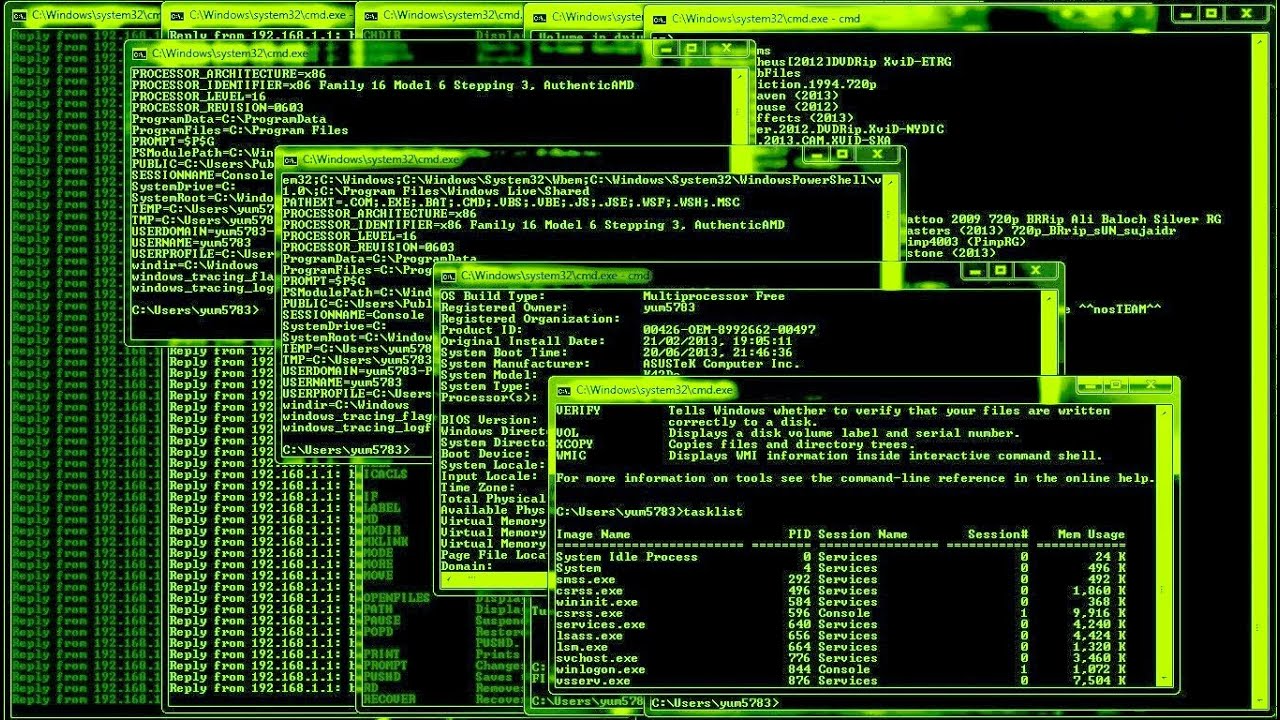 Many new hackers come from a Windows background, but seldom if ever, use its built-in command-line tools. As a hacker, you will often be forced to control the target system using just Windows commands and no GUI.

Although we would love to get Metasploit’s Meterpreter on the target and use all its capabilities on the owned system, that is not always possible. Some exploits will only allow us to get a CMD shell on the target Windows system.

In these cases, you will need to understand how to control the system strictly through the command prompt, without ever having the convenience and familiarity of the Windows GUI.

Step 1. Connect to a Remote Windows System from Kali

Here, we are only interested in those that can be run remotely. In my case, I will be connecting to the target system with a Netcat connection, but a Metasploit-spawned command shell or other will work just as well.

In many ways, Windows CMD commands are similar to Linux/Unix commands (Unix preceded these commands by over a decade, and Microsoft borrowed heavily from it). At its most basic, we need to change directories within the file system. Like Linux, Windows uses the cd (change directory) command. To travel to the root of the directory system, we can just type:

In addition, we can move up one level in the directory structure by typing:

If we want to see the contents of a directory, we type dir as seen above. Some other keys and basic commands include:

This will delete the file, similar to the Linux rm.

This will display the contents of the file, similar to the Linux cat.

To create a new directory, we use the md (make directory) command (in Linux, it’s mkdir). To create a directory named “newdirectory,” we type:

After making newdirectory, we can now run dir and see the new directory that we created.

When we are on the remote system, we may need networking information. To do so, we have two basic commands, ipconfig and netstat. Ipconfig is very similar to the Linux ifconfig, as seen below.

To view the network connections of the system, we can type netstat, just like in Linux.

Often, when we are on a remote system, we will need to see a listing of the running processes. From the GUI, of course, we can use the Task Manager (Ctrl + Alt + Del), but from the command prompt, we use tasklist.

If we want to find a single process, we could use the filter findstr (find string). This works similarly to grep in Linux. So, to find the process named “explorer,” we could type:

Note, that we used the pipe (|), just like in Linux, to send the results from the tasklist command to the filtering command, findstr.

If I want to kill a process, I can use the taskkill command. It requires the PID of the process we want to kill. In this case, the explorer process has a PID of 1532, so to kill it, I can type:

Where the /F means to force the kill.

If we want to see the users on the target system, we can type:

As you can see, this system has three users: guest, administrator, and the aptly named victim.

Step 6. Run a Browser on the Target

When we do, this opens Internet Explorer on the target system and goes to www.spyboy.blog

As you can see below, we have directed the target system to our web server on Kali.

Keep coming back, my greenhorn hackers, as we develop the most valuable skill set in the 21st century—hacking!