Anyone can, with the right equipment, access wireless networks (wireless local area networks, WLAN’s). After all, there is no physical barrier that makes break-in attempts more difficult, as is the case with wired networks. Wireless networks, therefore, impose different requirements on security than wired.

Below you can find the best wireless penetration testing tools which are as follows:

Aircrack-ng is a complete set of tools to access or test the Wi-Fi Network Security which focuses on mainly Monitoring, Attacking, Testing and Cracking. In every Kali Linux versions, you can found Aircrack-ng pre-installed in it. The latest version of Aircrack-ng is 1.2 RC 4. 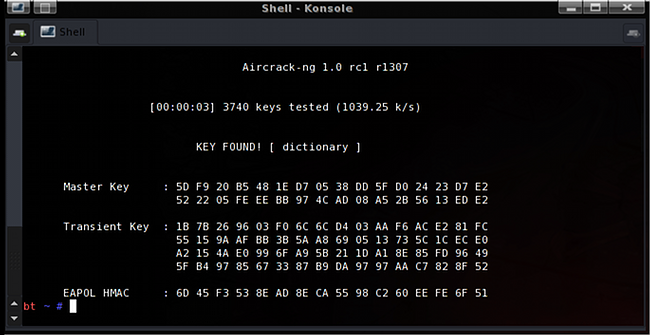 By typing aircrack-ng in the shell you will discover the different options available. For this type of crack, the basic command is:

The aircrack-ng suite is constantly evolving and new versions are coming out often, bringing improvements. Unfortunately, the Linux versions are less frequent. But recently, a new crack algorithm has emerged through which you can crack WEP key with 40000 Ivs (instead of 1 000 000!), It is about aircrack-ptw whose features are implemented in the latest version of aircrack-ng.

Kismet Wireless is a free open source network detector, packet multiplier and intrusion detection system for wireless networks based on the IEEE 802.11x standards. It works on Linux and other Unix variants like BSD and Mac OS X.

In terms of hardware, you need a wireless network card. It must be able to work promiscuously and thus also receive strange network packages. Kismet supports around 20 wlan cards.

Unlike other wlan detection systems, Kismet operates purely passively. It only works on the basis of what the Wlan card can receive. 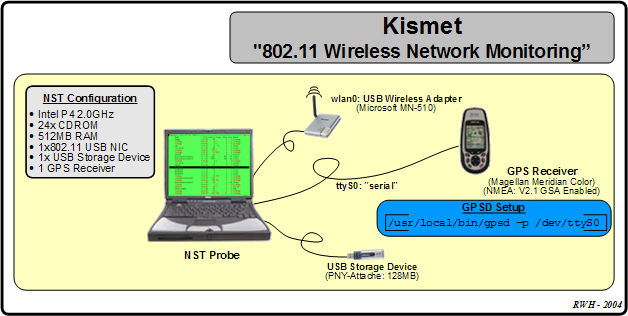 Reaver performs a brute force attack against an access point’s WiFi Protected Setup pin number. Once the WPS pin is found, the WPA PSK can be recovered and alternately the AP’s wireless settings can be reconfigured.

While Reaver does not support reconfiguring the AP, this can be accomplished with wpa_supplicant once the WPS pin is known. Reaver is only supported on the Linux platform, requires the libpcap and libsqlite3 libraries, and can be built and installed by running:

You can even define the channel number wrt to Essid

The default receive timeout period is 5 second which you can easily set by the following command:

For additional output, the verbose option may be set by using -vv at the end of the command 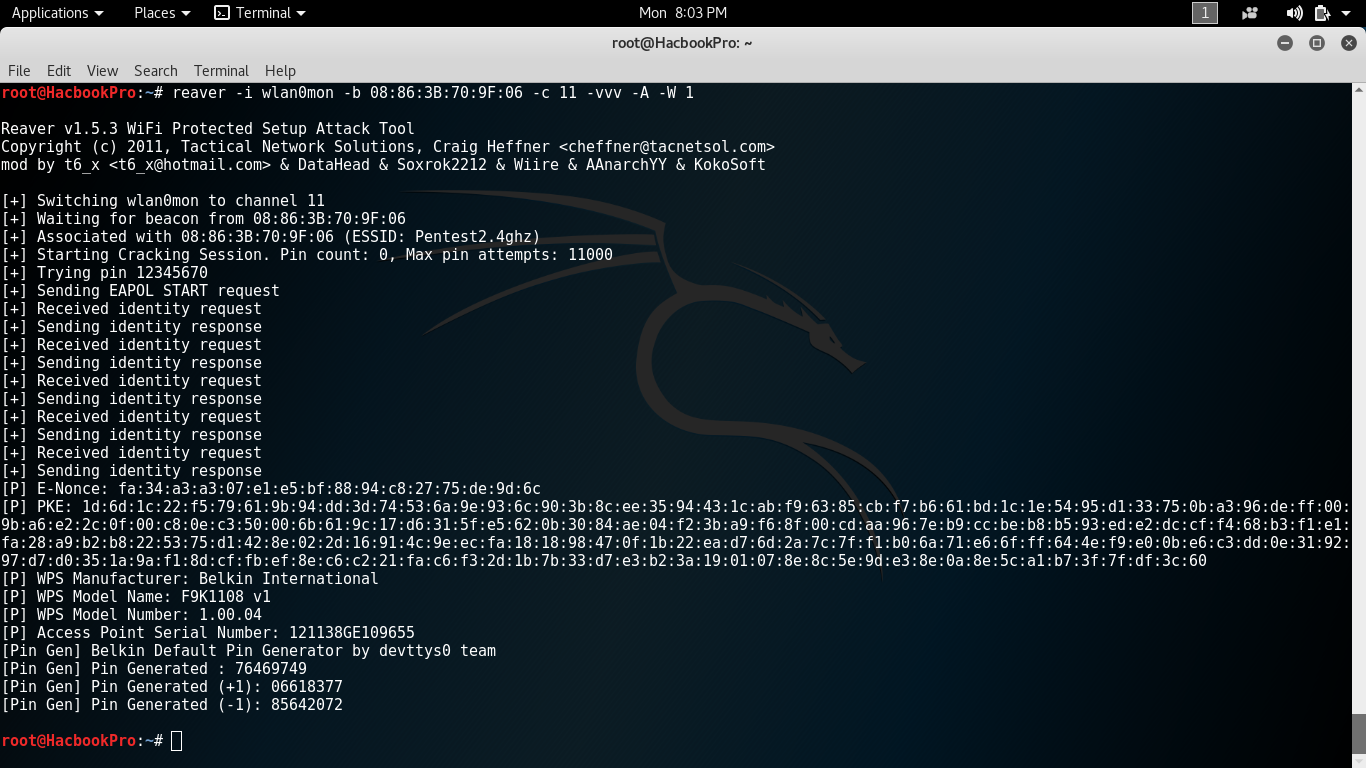 Current attacks against WPA networks use rainbow tables based on potential key wordings and the name (SSID) of the network to attack. In addition, the rainbow table must be regenerated for each network. Reaver would not have to deal with these limitations. Reaver can get the WPA PSK out of the access point within four to ten hours and roughly 95% of the consumer access points are supplied with WPA as standard.

Wifite is an automated wireless attacking tool through which we can easily hack/crack the wireless network key. Basically, there are two versions are available i.e. Wifite (v1) and Wifite2 (v2).

Wifite was designed for use with pentesting distributions of Linux, such as Kali Linux, Pentoo, BackBox; any Linux distributions with wireless drivers patched for injection. The script appears to also operate with Ubuntu 11/10, Debian 6, and Fedora 16. 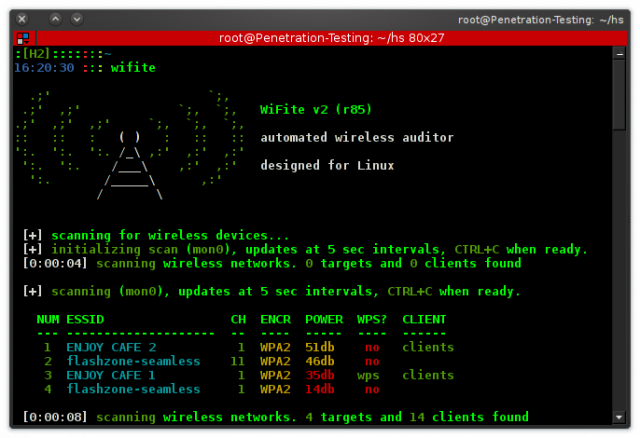 Wifite assumes that you have a wireless card and the appropriate drivers that are patched for injection and promiscuous/monitor mode.

Wifite 2 – An advanced version of Wifite (v1) with cleaner process management which is only designed entirely for the latest version of Kali Rolling release.

Fluxion is Suite of automated social engineering-based WPA/WPA2 attacks or you can call as a Wireless Phishing Tool.

Fluxion is intended to be used for legal security purposes only, and you should only use it to protect networks/hosts you own or have permission to test. Any other use is not the responsibility of the developer(s). Be sure that you understand and are complying with the Fluxion licenses and laws in your area.